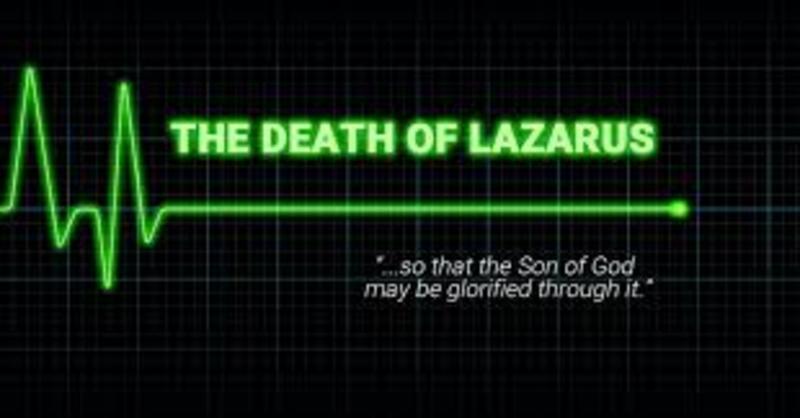 1 Now a certain man was sick, Lazarus of Bethany, the town of Mary and her sister Martha.

2 It was that Mary who anointed the Lord with fragrant oil and wiped His feet with her hair, whose brother Lazarus was sick.

3 Therefore the sisters sent to Him, saying, “Lord, behold, he whom You love is sick.”

4 When Jesus heard that, He said, “This sickness is not unto death, but for the glory of God, that the Son of God may be glorified through it.”

5 Now Jesus loved Martha and her sister and Lazarus.

6 So, when He heard that he was sick, He stayed two more days in the place where He was.

7 Then after this He said to the disciples, “Let us go to Judea again.”

8 The disciples said to Him, “Rabbi, lately the Jews sought to stone You, and are You going there again?”

9 Jesus answered, “Are there not twelve hours in the day? If anyone walks in the day, he does not stumble, because he sees the light of this world.

10 But if one walks in the night, he stumbles, because the light is not in him.”

11 These things He said, and after that He said to them, “Our friend Lazarus sleeps, but I go that I may wake him up.”

12 Then His disciples said, “Lord, if he sleeps he will get well.”

13 However, Jesus spoke of his death, but they thought that He was speaking about taking rest in sleep.

14 Then Jesus said to them plainly, “Lazarus is dead.

15 And I am glad for your sakes that I was not there, that you may believe. Nevertheless let us go to him.”

This scene at the beginning of John 11 we normally just zip through to get to the “more interesting parts of the passage” but it is actually full of treasures.

The easiest place in the Lazarus story is to go to the happy ending - Lazarus walks triumphantly out the tomb.

But God said to me. You Can't Rush Jesus!

In Jesus we know there will be a happy ending. But before you start saying Hallelujah.

We need to pay more emphasis in a time of waiting.

Somebody here today needs to know: your case it's not too hard for Jesus.

But you Can Rush Jesus!